ASPA Sacramento has lost an esteemed colleague and a longtime member.  Former CSU Sacramento President Donald R. Gerth recently passed away at age 93.  President Gerth had been an ASPA member since 1948.

As reported in the Sacramento Bee and elsewhere, Donald Rogers Gerth was born in Chicago and earned three degrees at University of Chicago, including a Ph.D in Political Science.  He also served in the Air Force from 1952 to 1956.  His stellar academic career includes positions at University of Chicago (Assistant Dean of Students and Chancellor), San Francisco State (Associate Dean), CSU Chico (Dean of Students and Professor), CSU Dominguez Hills (President), and CSU Sacramento (President from 1984 to 2003).  In all, President Gerth served 45 years in the CSU system.

President Gerth was responsible for many accomplishments during his tenure at CSU Sacramento:

ASPA Sacramento honored Donald Gerth twice.  In 1993, we presented him with our “Outstanding Public Administrator Award.”  In 2003, we recognized him as an “Outstanding Educator.”  In addition, President Gerth was a frequent attendee at our annual dinner, greeting old friends and meeting new ASPA members and students.  One of our chapter officers saw him at the mall a couple years ago.  He reported that Dr. Gerth was sharp as ever and still up-to-date on current events and education issues.  We will miss this great public servant. 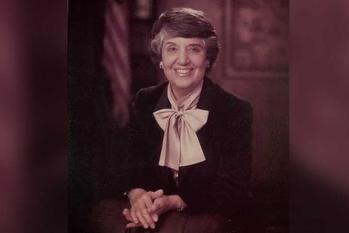 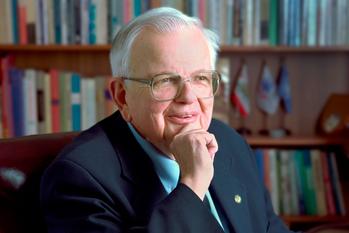 ASPA Sacramento is very sad to report the recent passing of Former Sacramento Mayor Anne Rudin at age 97.  Mayor Rudin was an excellent public servant and a friend to our chapter.

As noted in the Sacramento Bee, Anne Rudin was born in New Jersey and earned a Bachelor’s Degree in Education from Temple University.  She worked as a registered nurse and taught nursing at Temple.  In the 1950s, she moved to Sacramento.  She earned a Master’s Degree in Public Administration from University of Southern California.

Anne Rudin was passionate about many issues, and she worked to improve: community housing, gun control, women’s rights, gay rights, and child care.  She was also a supporter of local arts.

ASPA Sacramento honored Anne Rudin twice.  In 1994, we presented her with our “Outstanding Public Service Award.”  In her acceptance speech, she praised the longtime assistance of staff and aides in her career, and shared that, although she was no longer mayor, she was “as busy as ever” on several public service endeavors.  In 2004, we gave Anne Rudin our “Contributor to Public Arts” award for her efforts to support the arts community.  She commented, “We have to keep working on the arts, we should have an arts banner on City Hall.”